Speaking of weather…I spent two days in West Texas – Van Horn, TX to be exact, while waiting for a break in the rain in the central and eastern portions of the state so I could get to Austin. I don’t see the need to “push through” when there are flood and flash flood warnings in the areas I will travel. So I stayed over in Van Horn, just off I-10. A “free” day is when there is no driving and no sightseeing. I can catch up on work or reading, writing, and communications. I can clean or do laundry. I decided to explore the environs a little bit and see if I could get a few groceries at whatever local store was available.

Van Horn is basically a strip that parallels the Interstate and is about 3 or 4 miles long (I’m being generous). There are 4 or 5 RV parks – mostly long term people, several restaurants, auto part and body shops, and a few civic buildings including a city park. There is one stoplight and if you turn, you are on the road to the Guadalupe Mountains national park and Carlsbad Caverns. They are 90 min. or so away. I did not have the time for that or the gas. Driving from Seattle to Austin is not cheap. So I went up and down the strip observing this town. You never see it all on the first pass, so I drove it several times. The town also is on the Texas Mountain Trail. And I missed that detail on the first pass…

I stoped at a cool coffee place (the only one available) that is run by a nonprofit/church and caters to recovering substance abusers. The coffee comes with nice conversation from the barista and the regulars/locals who chime in. For $1, the best deal in town is at Aslan’s Cafe. Caffeinated, I kept driving.  There are two historical spots in town, both in the hotel genre. One is still functioning – the Hotel El Capitan and the other is now a museum, aptly named the Clark Hotel Museum. El Capitan started as a hotel, changed to other uses and then went back to being a hotel with restaurant and bar. El Capitan is one of 5 hotels built by Henry Trost, a Texas architect who sought to develop west Texas tourism. Opened in 1930, the hotel is Spanish mission style, but the large neon signs atop the hotel are an art deco throwback to act as beacons for the newly auto-engaging tourists. Hover for captions. 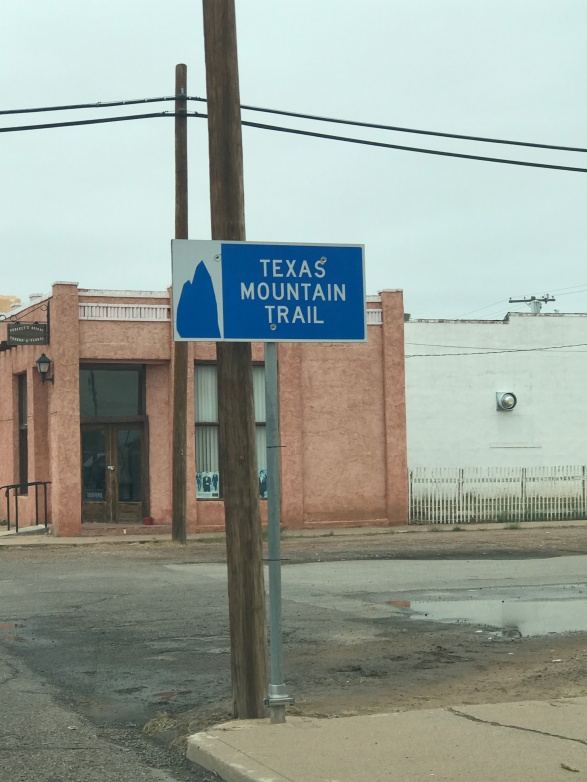 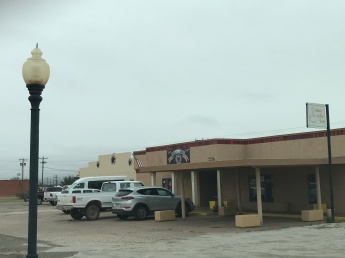 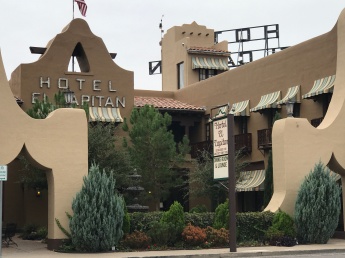 I did not stop at the Clark Museum, but it does have a colorful history. It was built in 1901 as a Post Office and saloon. Who says mail can’t be fun?! In 1920 it was turned into a hotel and became the social program center of town. The physical bar from the saloon has been preserved along with a variety of touchstones from the town’s history and development.

Today the town is kitschy and eclectic. Perhaps on a better day I would have seen this as a hidden gem. I’m calling it a mini-gem. Gems are worth discovering and having a peek. I did find a local grocery/supermarket – established in 1945 and looks like it’s been untouched save for the contents on the shelves. It had what I needed, so I’ll put a W on it. Hover for captions. 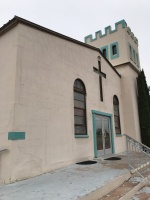 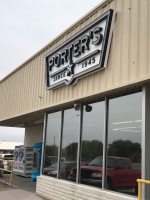