I spent a week at Henrys Lake, Idaho. It was idyllic. Notice I use this hyperbole a lot as I travel in this larger than life environment. It’s quite a change from Florida. The first part of the week there was great in terms of visibility and weather. And then the haze and smoke came. I could barely venture outside some days until mid day when winds and sun broke the haze and blew the smoke away a bit. But mountains became less visible until they weren’t there at all. On my last day there I drove south to the Tetons. There is a famous viewing spot near Ashton, ID. I pulled in and there were no mountains in sight. It was beyond disappointing.

I’m in Montana now near Glacier National Park, which is pretty much closed. I spoke to a guy who had just come from there and had left because of the fires and smoke. I had not planned to visit GNP on this trip and wonder what it will be like when and if I do get there. I had toyed with the idea of going to Yosemite in September. Not likely. I just saw a map produced by NASA that shows the carbon monoxide flows going east from the CA fires. Some of the west and midwest are getting the effects of Canadian wildfires. Sweden was on fire this summer too. South Florida is regularly underwater due to high tides and the red tide on the Gulf coast is devastating this year. I read a piece on the ultra-warming of the coastal Pacific Ocean waters in southern California this year are actually changing (and warming) the balmy, temperate weather in San Diego.

It’s real folks, and I am witnessing it every day. I also feel guilty since I am using a lot of fossil fuel driving around this country. However, I am no longer in a sticks and bricks house which uses far more energy. So maybe it’s a trade. I am conscious of the impact I make on the environment. I save my recyclables in my Airstream until I come upon a recycle station, and I use washable dishes instead of paper which seems to be a ridiculous notion to many RVers.

The landscape in the west is larger than life. That phrase is somewhat meaningless, but it certainly conjures up an image for you, yes? The mountains, the rock, the trees are giant sized compared to what we see in cities in the east. I saw a logging truck hauling HUGE trees and nearly ran off the road I was so taken aback at the scale. We preserve architecture and buildings in cities all the time. I read an article about historic preservation and the difficulty of decisions in the Washington Post this morning. Why do we allow environmental degradation? Maybe because people think there is so much of it that, what’s the difference if we lose one mountain? I came around a bend in I-90 and the first thing I saw as I came into Butte was a strip mine. It defiled the landscape. And I get that minerals and whatever is mined can be useful to our modern world. Certainly cell phones and lap tops need some of this precious material. I get it’s a tradeoff. I only wish we were as deliberate today in our policy decision making as is required to judiciously manage our environment and landscape.  The rollbacks at EPA are alarming because they are not being done with any regard to deliberate and formulaic decision calculus. They are being done for ideological purposes. I am the first to admit that EPA may have been zealous and arbitrary in the past to protect everything. Decisions should not be easy when its about a finite resource – our planet.

Enjoy the pics of Henrys Lake I managed to get before the smoke rolled in. It is a beautiful place. I hope to actually see more as I roll through the West. 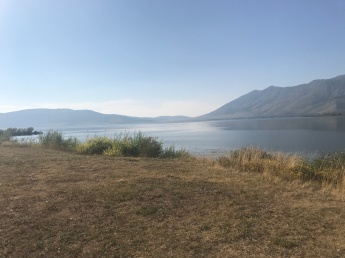 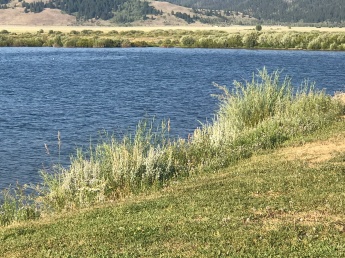 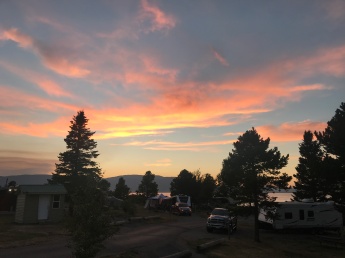 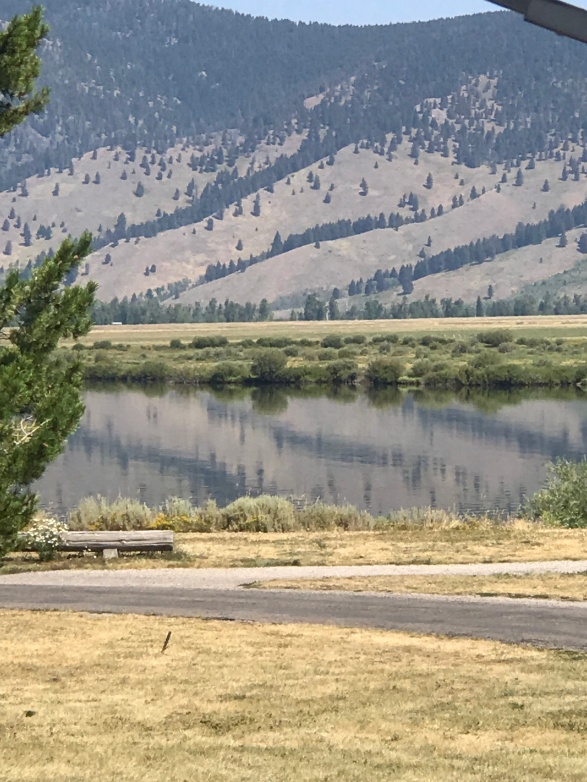 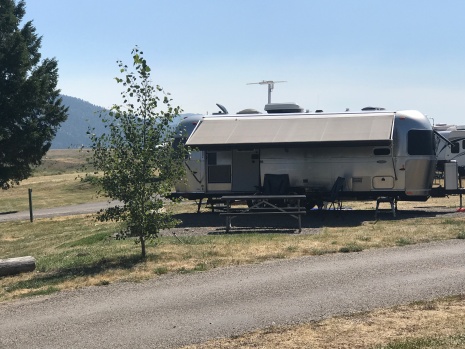 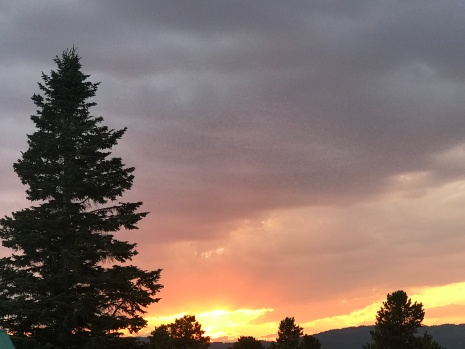